Over half of secondary school girls in Serbia have been exposed to online comments of a sexual nature, while almost every tenth of them experienced having their photos or videos published online by someone that they sent these materials to privately. Over half of secondary school boys were, on the other hand, exposed to online threats of physical violence, and 15% of them were faced with pressure to watch pornography or participate in acts inspired by pornography. One third of girls says that almost all forms of cyber violence they were exposed to more than once, was perpetrated by their current or former partner. Girls, more frequently than boys say they felt helpless and scared, while boys more frequently said that being exposed to cyber violence was not a big deal to them.
This is part of the results of the survey conducted on cyber violence and youth at the end of the previous and beginning of this year by the Autonomous Women’s Center (AWC) within the multi-year campaign dedicated to secondary school girls and boys „I can say no – Love is not violence“.

Autonomous Women’s Center presents a study on social policy in Serbia, from the gender perspective and from the perspective of women with experience of gender-based violence. It is a presentation of activities aimed at transposing the acquis communautaire of the European Union into the legislation of the Republic of Serbia, from the recently adopted Action Plan for Chapter 19 - Social Policy and Employment. The analysis focuses on four areas: social inclusion, social protection, prohibition of discrimination and equal opportunities.

Press release: Why don’t we have a report and assessment on the effects of the implementation of the Law on the Prevention of Domestic Violence?

Three years into the implementation of the Law on the Prevention of Domestic Violence, we do not have an official, unified report of state bodies on the effectiveness of its implementation, because no sessions of the government Council for the Suppression of Domestic Violence have been held since July 2018. In addition, no central records on cases of domestic violence (in electronic form) have been established, which would unite the data from the competent state bodies. 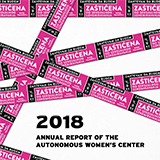 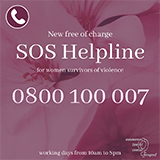 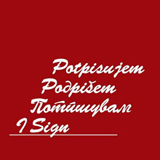