2021. Lack of social attention and expertise on the consequences of violence perpetrated by intimate partners in procedures for determining parental care of the child 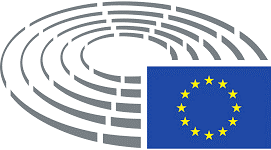 As part of the global campaign "16 Days of Activism in combating Male Violence Against Women", the Autonomous Women's Center pointed out the lack of social attention and expertise on the consequences of violence perpetrated by intimate partners in procedures for determining parental care of children, women and child victims on women and children, witnesses of such violence.

European Parliament Resolution on the impact of intimate partner violence and custody rights on women and children (2019/2166(INI)), adopted on 6 October 2021, referring to key international agreements and EU documents, summarizes the recommendations in seven chapters: in addition to general remarks, the chapter on protection, safety and support for victims of gender-based violence, and combating violence committed by partners in intimate relationships during decisions on entrusting children and on the model of maintaining personal relationships with a parent to whom the children are not entrusted; on issues of protection and support, i.e., access to legal protection, emergency accommodation and funds for victims; protection and support for children; chapters on prevention, which refer to the training of experts, as well as to addressing gender stereotypes and prejudices, i.e., in the field of education and raising awareness; as well as the chapter on cooperation between the member states of the European Union.

Why is this issue important for Serbia?

The issue of violence perpetrated by intimate partners in proceedings to determine the right to parental care and the consequences of these circumstances and processes on women and children is important for the organization of protection (safety) and support to victims, including children who were direct victims and / or witnesses of such violence. It is also important due to the complexity of expert assessments and procedures, for the standards and implementation of which the state of Serbia has taken responsibility by ratifying conventions referred to in the EU Parliament Resolution, as well as harmonizing its laws and by laws with international treaty standards.

In relation to the standards of the Council of Europe Convention on Preventing and Combating Violence Against Women and Domestic Violence, and in connection with Art. 31 Guardianship and Visitation Rights, the Expert Group on Combating Violence against Women and Domestic Violence (GREVIO) in its Report on the Basic Procedure of Assessment of the Implementation of the Istanbul Convention in Serbia, states that decisions on entrusting a child in families with the history of violence needs to be carefully considered, taking into account domestic violence and all other forms of violence covered by the Convention, so as not to violate the rights and safety of the victim and the children. A number of shortcomings in these procedures are pointed out regarding assessments and decisions of social welfare centers and courts.

Concluding this topic, GREVIO in paragraph 172 calls on the Serbian authorities to take the necessary measures without delay, including changes in legislation, to ensure that courts are obliged to:

In practice, we did not notice that GREVIO observations and recommendations had an effect on specific changes in Serbia. On the contrary, in the meantime, education of experts in the relevant fields has been popularized, which introduces insufficiently clear concepts such as "high-conflict divorce" and " parental alienation" or "child alienation", and the Republic Institute for Social Welfare issues “Expert methodological instructions on the operation of guardianship organs in the process of maintaining the child's personal relations with the parent, relatives and other persons with whom he or she is bound by a special closeness in controlled conditions” (2021). Although expert guidance on this issue is certainly needed, the definitions of key words used in it do not mention any circumstance that could be relevant for proposing and determining the maintenance of personal relations of the child with the parent in controlled conditions, except the scientifically unconfirmed term "parental alienation", at three levels. This is contrary to the findings and recommendations of the GREVIO report, but also to the content of the newly adopted European Parliament Resolution on the impact of intimate partner violence and custody rights of women and children (item 41).

Due to all the above, AWC first addressed professional associations - the Association of Psychologists of Serbia, the Chamber of Social Workers, the Republic Institute for Social Protection, and the Judicial Academy, asking for the opinion of these associations on this issue, and then provided the same associations with the summary of the EU Parliament Resolution and the GREVIO Report for Serbia, hoping that these documents will be submitted to experts in social and health care, as well as in the judiciary.

A summary of the EU Parliament Resolution and the GREVIO report for Serbia was submitted to the authorities in all state bodies and institutions dealing with cases of domestic violence and civil proceedings for entrusting children and determining the model for maintaining personal relations with a parent not entrusted to a child – police administrations, basic and higher public prosecutor's offices, the Republic Public Prosecutor's Office, basic, higher and appellate courts, as well as all centers for social work in Serbia.

We hope that the AWC's tremendous effort to present the problem and standards in laws and policies, as well as in professional practice, in line with ratified international treaties on the protection of women's and children's rights, will have an effect on decision-makers, policy makers and expert advice, and also on the professional public in concrete proceedings.

The summary of the EU Parliament Resolution and the GREVIO report for Serbia can be seen HERE.

The European Parliament Resolution on the impact of intimate partner violence and custody rights on women and children is available  HERE.

GREVIO Report on the Basic Procedure of Assessment of the Implementation of the Istanbul Convention in Serbia is available HERE.

The AWC open letter to the competent committees and ministris is available  HERE.